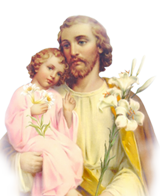 Prormotions are granted on the basis of the whole year’s work of the pupil, hence the importance of regularity in attendance and work. The final examination is meant to confirm the result of the year’s work and is not a promotion examination.

Being an unaided minority educational institution the school enjoys total exemption from the RTE Act therefore the students who fail to obtain the required marks for promotion as per the ICSE norms would be detained in the same class and the students will be asked to repeat the year.

Result once declared at the end of the year is final in all cases and will not be reconsidered, nor will answer papers be shown.

The school has two terms: March to September and October to February.  There is an examination at the end of each term and a progress report issued.  Besides the terminal examination a unit test will be held in the first term.

For class LKG to V unit tests will be conducted.  Promotions will be based on continuous assessment.

There will be no anticipation or postponement of any test.  When students are ill, they should not be sent to answer any test.  In case of illness, the final result will be settled on the basis of the terms work and general performance during the year.

A student who uses means and/or receives or gives assistance in any form during tests will be given zero in the subject, a grey card and a warning letter.  Repetition of the same will result in dismissal.